Jeanne Burgart Goutal is the guest of Valérie Mitteaux, Wendy Delorme and Sabrine Kasbaoui for this seventh episode of the Gang Of Witches podcast.

For this seventh episode, Valérie Mitteaux and Wendy Delorme are accompanied by another member of the gang, Sabrine Kasbaoui, director and journalist. Together they welcome the author and researcher Jeanne Burgart Goutal, associate professor of philosophy and yoga teacher. Jeanne Burgart Goutal has been conducting research on ecofeminism for about ten years, work that she has transcribed in a book entitled Être écoféministe, théories et pratiques, published this year by L’Echappée. What is ecofeminism? That’s what you’ll discover in this new episode… 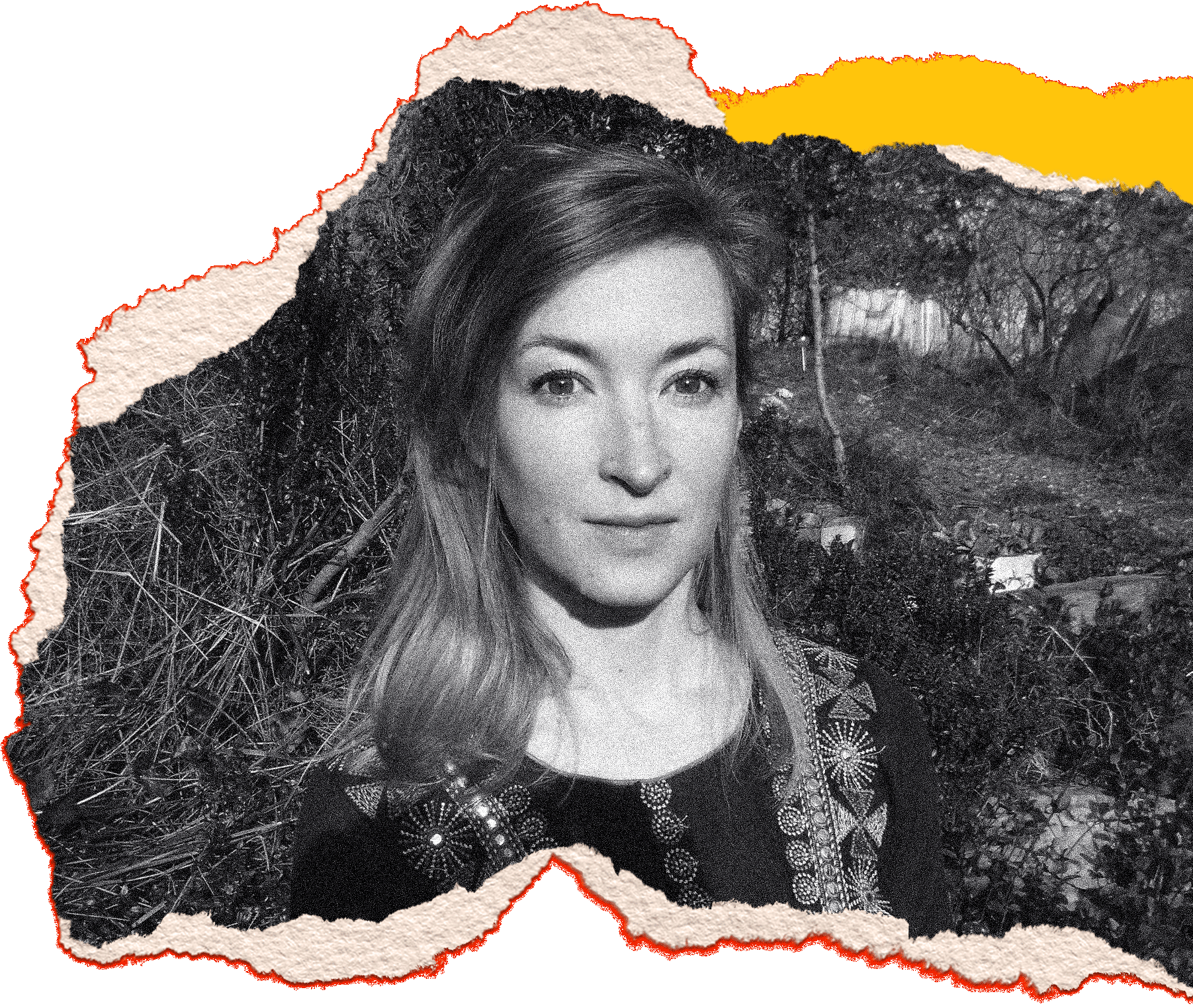 (00.02.19) Our guest talks about Françoise d’Eaubonne, woman of letters and activist at the origin of term ecofeminist.

(00.04.30) How is ecofeminism used as a tool for massive deconstruction?

(00.06.35) Through John Locke’s book, The Treatise on Civil Government, our guest and moderators debate on the deconstruction of dominant thought.

(00.09.40) The eco-feminist movement ran out of steam in France during the mid-90’s and to be reborn in recent years, what are the causes?

(00.13.29) Wendy Delorme and Jeanne Burgart Goutal discuss the association of the words Woman and Earth.

(00.20.19) Ecofeminism has also emerged from binarity and opened up to a third, more “anarchic” path?

(00.25.41) The problem with the analogy between Woman and Earth is that it only concerns cisgender women.

(00.39.29) Jeanne Burgart Goutal explains her choice to write her book in the first person.

(00.44.22) In recent years the practices linked to well-being (yoga, lithotherapy…) have been swallowed up by neo-liberalism, what are the consequences?

(00.45.22) Our guest talks about her experience in India within the community of Vandana Shiva.

(00.51.34) Ecofeminism is also the introduction to the sacred while retaining practical concepts and theories.

(00.54.44) How has art played an important role in ecofeminist mobilization?

(01.00.10) Is the ecofeminist movement at the origin of converging struggles?

(01.03.28) The toolbox: what means of ecofeminist action can be put in place on a daily basis?

(01.18.45) Jeanne Burgart Goutal tells us about her inner witch.(01.20.30) Our guest looks back at the impact that these eight years of research have had on his life today.

References cited
in the episode #7

MLF: The Women’s Liberation Movement (WLM) is an autonomous and non-mixed feminist movement created in 1970 that demands the free disposal of women’s bodies and challenges patriarchal society.

FHAR: The Homosexual Front for Revolutionary Action is an autonomous Parisian movement, founded in 1971 as a result of a rapprochement between lesbian feminists and gay activists.

Isabelle Cambourakis: French publisher, known for having created the feminist collection “Sorcières”, of which she is the editorial director, within the Cambourakis publishing house.

Val Plumhood: Australian philosopher and eco-feminist activist who has done work on anthropocentrism.

Adam Smith: Scottish philosopher and economist of the Enlightenment of the eighteenth century.

Deep ecology: Deep or radical ecology, is a contemporary ecological philosophy characterized by the defence of the intrinsic value of living beings and nature, i.e. a value independent of their usefulness to human beings.

Navdanya: Navdanya is an Indian anti-globalization NGO, founded in 1991 in India by Vandana Shiva, dedicated to the protection of biodiversity and the development of organic agriculture.

Maria Mies: Professor of sociology, writer and German feminist. She created the Women and Development Programme at the Institute of Social Studies in La Haye.

Tribal-fusion: Tribal fusion is a modern type of oriental dance born in the United States.